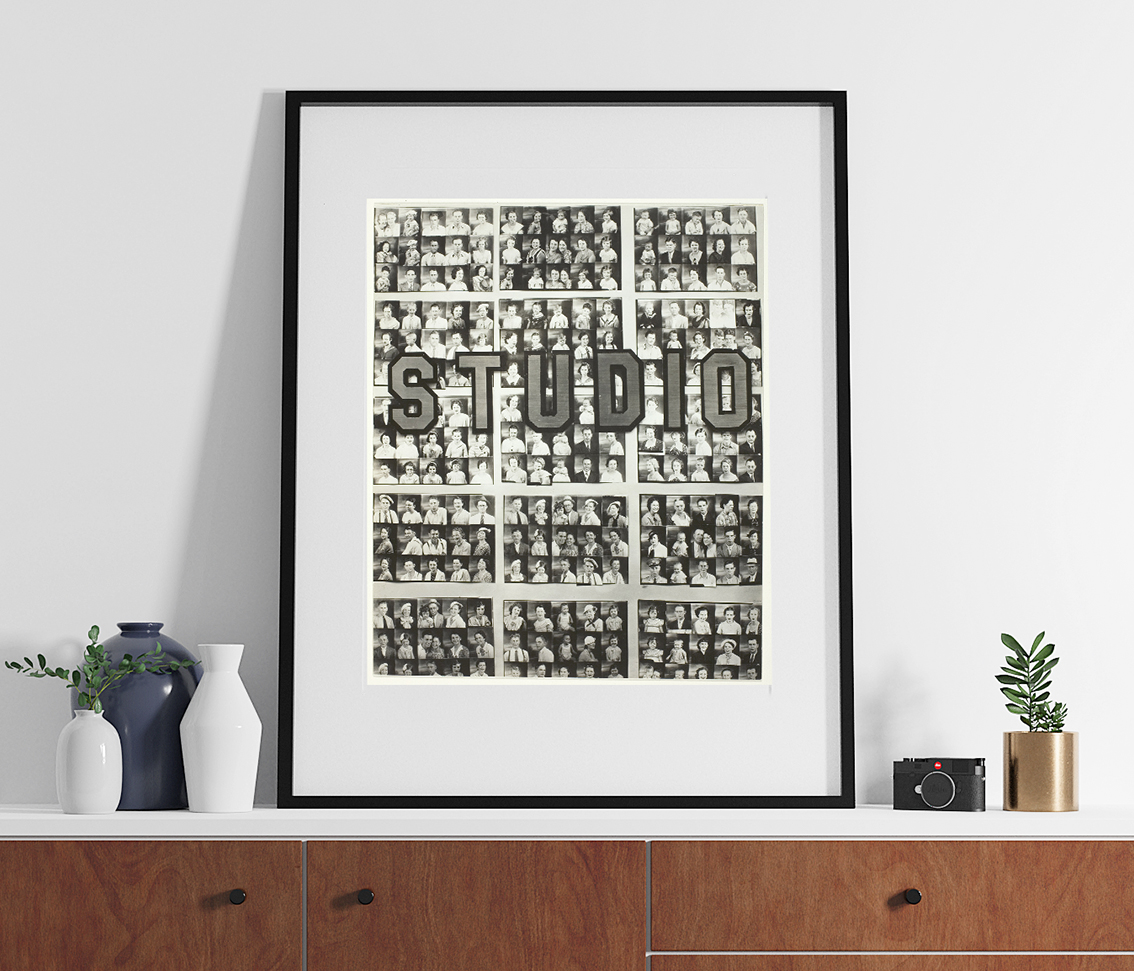 Walker Evans was remarkably adept at straddling the cultural divide between documentary photography and the museum. One of several photographers hired by the Farm Security Administration to document the Depression, Evans made some of his most famous images in the summer of 1936: pictures of impoverished families in Hale County, Alabama, later published in his book Let Us Now Praise Famous Men. Just two years later, he was honored with a one-person show at the Museum of Modern Art, New York, which had only recently embraced photography as an art form. This image of the many portraits in a photographer’s studio – an homage to the workaday photographer and the faces of ordinary Americans – became, in the context of a museum exhibition, a statement about the art and meaning of photography.

In publishing and graphic design, Lorem ipsum is a placeholder text commonly used to demonstrate the visual form of a document or a typeface without relying on meaningful content.

There are no reviews yet.

Be the first to review “Penny Picture Display, Savannah, 1936, printed circa 1962” Cancel reply

This site uses Akismet to reduce spam. Learn how your comment data is processed.

Zeen is a next generation WordPress theme. It’s powerful, beautifully designed and comes with everything you need to engage your visitors and increase conversions.

Start typing to see results or hit ESC to close
See all results
Subscribe to Lost & Found
The very best things in life come FREE & so are we.

ONLINE STORE COMING SOON Our shop is currently in demo only mode for testing purposes — no orders shall be fulfilled. Dismiss